Welcome to Blue Mountain, known for its amazing four-season recreation. The Village at Blue and the hamlet of Craigleith are found in between the mountain and the shores of Georgian Bay. This area has amazing scenery and great ways to experience all that this area has to offer.

Blue Mountain is pretty much synonymous with winter. With over 40 different trails for downhill skiing and snowboarding, Blue is definitely one of the biggest ski resorts in Ontario.

What most people don’t know is that Blue Mountain is just as popular in the summer months. From hiking and mountain biking to golfing and ropes courses, there’s something to do for every age and skill set. 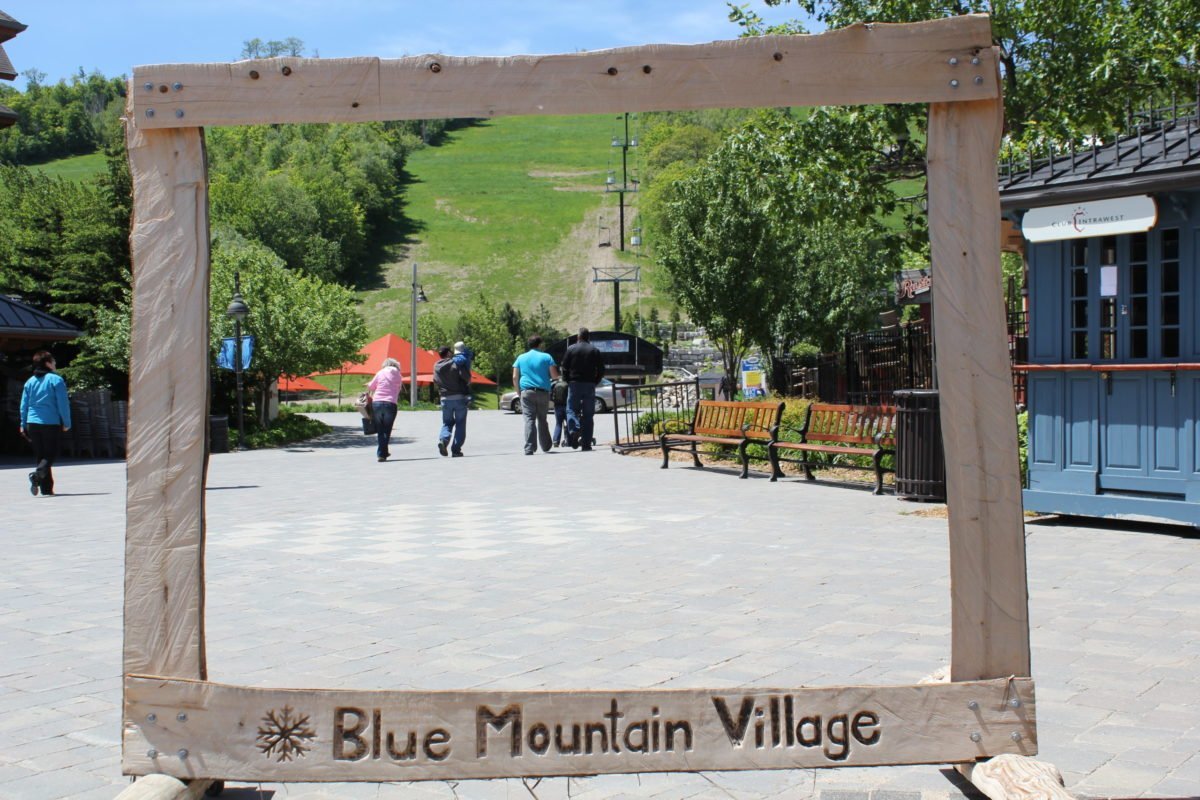 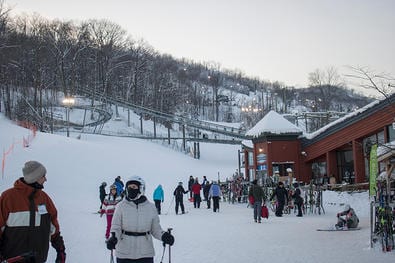 Also during the summer months, the Village at Blue hosts some amazing events and festivals. With a different theme each weekend, there’s always something new and exciting going on.

Here, you will find local information about the history of the Blue Mountains, points of interest and landmarks, activities and things to do including outdoor recreation and winter activities, local businesses and local services, local news, information about Real Estate & Properties for Sale in the area and so much more!

Blue Mountain is close to many amenities such as grocery stores, banks and post offices, as well as a hospital less than 15 minutes away.  There are plenty of locally-owned restaurants, cafes and shops located at the Village in Blue. A short drive in town to Collingwood will offer more boutiques, department stores, large supermarkets, cinemas, and fine dining.

Blue is the perfect option if you want to be just steps away from the mountain or the bay without sacrificing any convenience. If you’re looking for an adventure close to the hill, go and check out Scenic Caves located at the top of Blue Mountain. Take a tour through the 18 different points of interest, discovering caves as well as the 420-foot suspension bridge. But if you’re looking for something more courageous look into Scenic Caves’ Eco-Adventure Tour, where you can do a treetop tour as well as ride the 1,000-foot zip line. You can spend a whole day exploring all that Scenic Caves has to offer.

With such a variety of activities and points of interest, from skiing at the mountain to spending a night out in the village, there is so much to do in the area. Add in the amazing beauty that surrounds you in nature and it is clear to see why Blue draws people in from near and far to visit and live in!  And it’s only a 2-hour drive from the GTA and Kitchener/Waterloo. 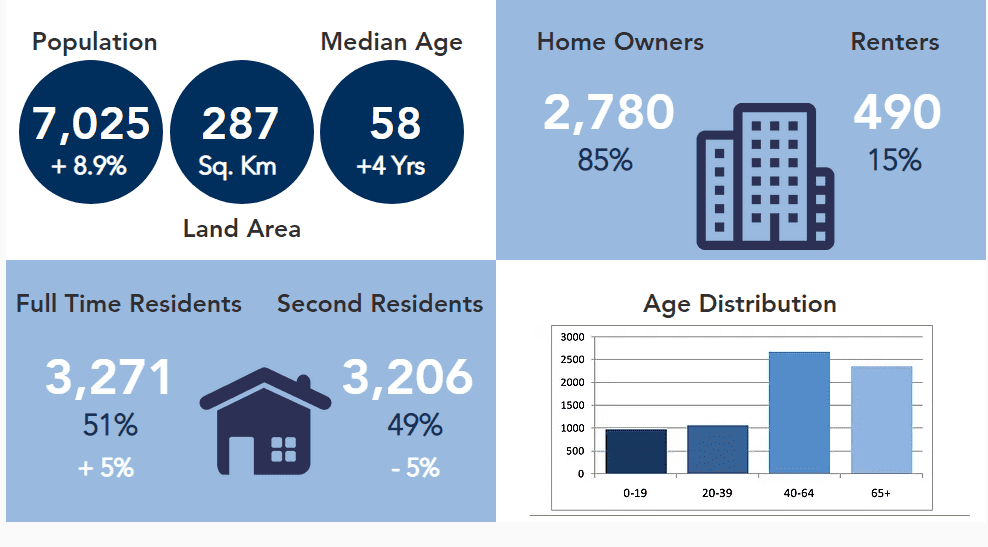 When looking at the Municipality of the Town of the Blue Mountains, there has been a decrease of 78% in the number of new listings compared to September and an 84% decrease from October of 2019. The number of sales is back down with a 59% decrease from September and saw a 31% decrease compared to the same month last year, with the vast majority of sales being in the 1 million-plus range. In the Town of Blue Mountains with a diminishing inventory of homes for sale the potential buyers are in competition to present the most attractive offer in a multiple offer situation, with more offers going at list or over list price and with no conditions 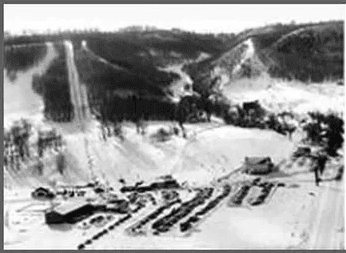 It was the spring of 1883 when Charles Rankin was sent to survey the “Wild Land” beyond the Simcoe district.  After establishing a log house for himself in what is now known as Lora Bay, Rankin proceeded to plant a large garden of potatoes west, near the “Blue Hills”, now named the Blue Mountains.  The area he landed and settled upon was later referred to as Rankin’s Landing.  The first potato harvest in 1834 brought in approximately 100 bushels of potatoes; which would have been excellent provisions for the long winter ahead…

Richard McGuire was the next to settle in Rankin’s Landing and would have been a welcome sight to the solitary  Charles Rankin.  Mr. McGuire, a native of Ireland, settled upon the land he received as a wedding present from his wife’s father who was an ex British soldier.  One hundred acres of land in the newly surveyed district was deeded to military veterans, although; most men sold or deeded their land to others.  The first white child to be born in the area was Charles McGuire (1837), son to Richard and his wife.

The third settler to Rankin’s Landing was Mr. Herman Hurlburt who arrived with his family in 1847.  During the same year, George Holdship arrived with his family, as well as, Mr. James Stephens.  As Charles Rankin had finished his surveying, a new owner to Rankin’s Landing was found in his cousin Major Charles Stewart, who served in the British Army and lived in America before the war of Emancipation.

Mr. Stewart was a passionate abolitionist and believed slavery to be unjust.  He attended the World Anti-Slavery Convention in June of 1840 and wrote numerous anti-slavery pamphlets.  Naming Lora Bay after his birthplace in Ireland, Mr. Stewart kept several hundred acres of property and was hospitable to new settlers of the area.  His large log cabin served as a resting place for early settlers when they first docked at Lora Bay.

In 1839 a man by the name of Brazier settled west of what we now called Craigleith.  George Lunan was the next to call Craigleith home, which was given its Scottish name by Mr. Andrew Fleming who arrived in 1855.  Mr. Fleming, as well as his wife and younger children, who were persuaded to immigrate by their eldest sons, David and Sandford, had been living in Canada since 1845. After settling in with his family, Mr. Fleming built a spacious home at the base of the Blue Mountains, with gables that rose above treetops and eloquent hand-carved stairs.

Andrew Fleming’s son, Sir Sandford Fleming, is most notably known for proposing worldwide standard time zones, designing the first Canadian stamp – the Threepenny Beaver, surveying the first rail route across Canada, in addition to, advocating for the Trans-Pacific telegraph cable. The Town of the Blue Mountains was formed in 2001 when Thornbury and the Township of Collingwood were amalgamated.

History of the Village at Blue 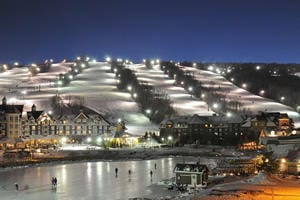 One of the biggest draws to our area is the Village at Blue. But, very few people know the history of how it all started. The resort was started by Czechoslovakian born Jozo Weider, who opened the ski resort in 1941. It was much different back then and as the years progressed, many changes were done to help the condition of the skiing. However, Jozo passed away in 1971 and never got to see how beautiful the mountain and resort has become.

When Jozo died, his son and son-in-law took over the company and through their decisions, eventually transformed the mountain into what it is today. Jozo always wanted the resort to become a place for four seasons leisure and his dream was always kept in mind when changes and additions were made to the mountain. The additions of water parks and Monterra Golf helped to create the idea of Blue Mountain being a four-season resort, but some of the biggest changes occurred when Intrawest bought 50% of the company’s shares in 1999.

With the addition of Intrawest to the Blue Mountain Corporation, the resort was able to transform into the tourist attraction we have come to know. Intrawest purchased the 32 acres at the base of the mountain and have turned it into the “Village at Blue”. Modelled to the base of Tremblant with an “Old Ontario Era” of architecture, the Village at Blue has accommodations and commercial spaces for tourists and locals to enjoy. On September 12th, 2014, Intrawest purchased the remaining shares from the Weider Family and now own 100% of the company. Blue Mountain is now very different from when Jozo opened it in 1941 and this purchase will continue to transform the village forever.  From upgrading the technology for snowmaking to commercializing the Village at Blue, it has now become one of the best ski resorts in Ontario. The possibilities for fun all year round are endless at Blue Mountain. Plan your visit today!