With its quiet, peaceful atmosphere, visiting Chatsworth is described as taking a step back in time with its significant Amish community and its strong emphasis on farming and agriculture. Chatsworth is a township in Grey County, Ontario that is home to an immense amount of natural beauty with many rivers, streams, inland lakes, rolling landscapes of hills and rocks, the Niagara Escarpment, and the beautiful Walter’s Falls. A quick drive will take you to William’s Lake and McCullough Lake which where you can enjoy great boating, fishing and swimming. Chatsworth is also home to one of the biggest & best farmer’s markets in the area: Keady Livestock Market on Tuesday mornings. 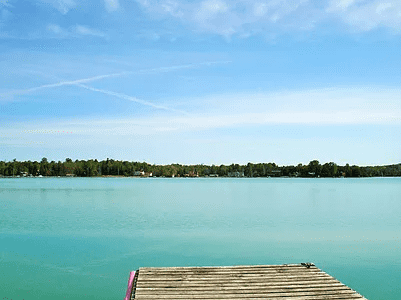 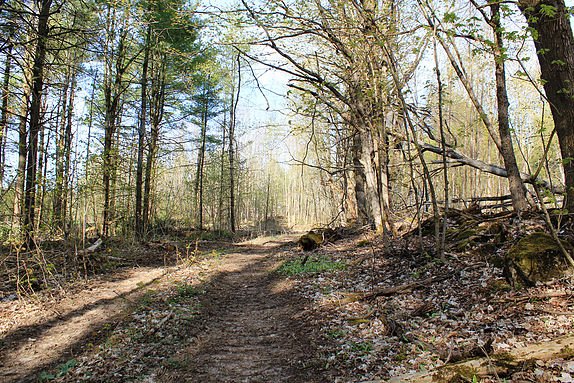 Chatsworth is home to an immense amount of natural beauty with plenty of opportunities to “get back to nature” be it through hiking, cycling, swimming, boating, paddling, hunting, fishing, snowmobiling, cross country skiing, snowshoeing, skating, and much more. A quick drive will take you to William’s Lake and McCullough Lake which are home to great boating, fishing and swimming. Chatsworth is also the only location outside of the U.S. to have a population of one of the most critically endangered insects: Hungerford’s crawling water beetle.

If you want to check out one of the biggest and best farmer’s markets in the area, head to the Keady Livestock Market on a Tuesday morning. Located just 10 minutes west of Chatsworth on Grey Road 3, the market has over 250 vendors. Here you’ll find locally grown vegetables and fruits as well as other speciality items. The market also hosts a livestock auction starting at 9 a.m., which is fascinating to watch. It opens every Tuesday at 7 a.m. and closes around 2 p.m.

Nellie McClung was born in Chatsworth in 1873. McClung was a feminist, politician and social activist who helped Canadian women get the right to vote as well as be identified under the term “person”. Recently, McClung was on the long list of Canadian women who may be featured on a new Canadian banknote to commemorate 150 years since Confederation.

Chatsworth has all the amenities you may need such as grocery stores, banks and post offices, and two hospitals less than 25 minutes away.  There are plenty of small businesses such as restaurants, cafes and shops located throughout the town. Close by is Owen Sound which has a great variety of stores, boutiques, department stores, large supermarkets, cinemas, and fine dining. Chatsworth is the perfect option if you want to enjoy country living and lifestyle without sacrificing any convenience.

With such a variety of activities and points of interest from exploring the outdoors to learning about local history, Chatsworth has something in store for everyone. Add in the short distance to Owen Sound and it is clear to see why Chatsworth draws people in from near and far to visit and live in!  It’s only a 1.5-hour drive from Kitchener/Waterloo and a 2 hour drive from the GTA! 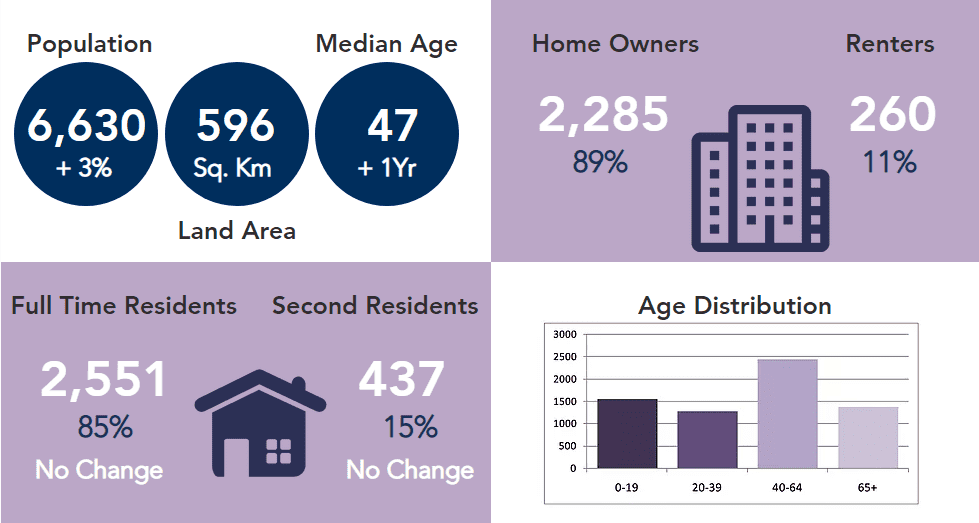 Each year we compile a variety of real estate statistics for our surrounding lakes. Since Grey County is such a recreational area, sought after for the beauty of our lakes and outdoor recreational activities, we like to keep track of the growth in our area. You can view the Market Reports below that break down the numbers we have collected.

Chatsworth had two weekly newspapers the Chatsworth News and the Chatsworth Banner which ran from 1885-1935 and 1896-1907 respectively.  Chatsworth has a hockey arena, baseball diamond, quaint cafe, Barber Shop, Hair Salon, two Variety Stores one of which is a Beer Store/LCBO retailer, gas station, OPP station, motel, nursing home, and a hardware store.

Originally called Brown’s Corners when the first building was built in 1856 (which was a log schoolhouse).  A year later, Mr. George Smith built the first house and store in Chatsworth.  In 1869 the Desboro hotel was built and is one of the only rural taverns still operating in the township.  Desboro also has a town hall that was built in 1875.  Desboro now boasts a modern hockey arena and two baseball diamonds.

Originally called Griffin’s Corners when settled by Mr. Griffin in 1841 where he opened the first general store.  The village was served by a stagecoach that ran between Durham and Chatsworth in the late 1850s.  Around the turn of the century, the name of the village was officially changed to Dornoch after a village in Northern Scotland. Harkaway, another area close by, established a post office from 1875-1913, but it eventually closed due to the start of rural mail delivery in the area. 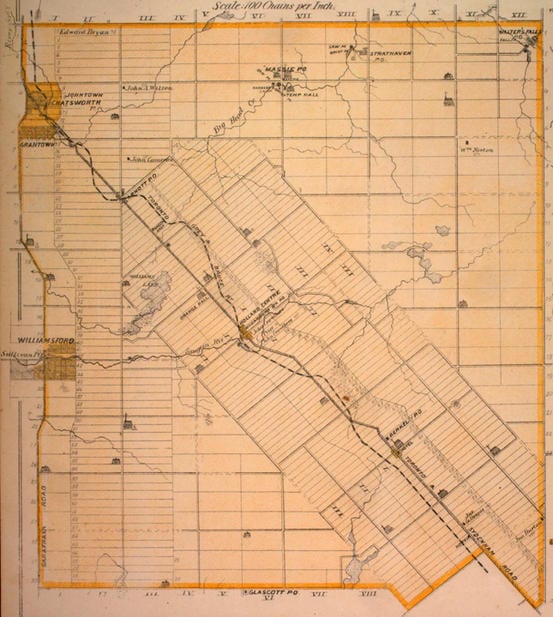 Known as a farming community, Lily Oak had a post office until 1914 when rural mail delivery started. Massie – Situated between Chatsworth and Walter’s Falls, hosted the first settlers around the 1840s.  There was a sawmill built in 1859 and a grist mill in 1863.  By 1866 there was also a post office, blacksmith shop, horseshoe nail factory and a schoolhouse.  There were approximately 100 residents in 1887.

A short stretch of the North Saugeen River at the border of Scone, is home to one of the most critically endangered insects: the Hungerford’s crawling water beetle.  In 1986, 42 of these beetles were identified at a site downstream from the dam in Scone, the only known population outside of the United States.  In 2001 there was an unspecified number of the beetles identified, however, in 2002 no specimens were found.  Due to this, the status of the population of beetles is currently unknown.  In 2011 there were no signs of the insect.  This insect is protected in the U.S. and was categorized as endangered in 1994 under the provisions of the U.S. Endangered Species Act, however, is not protected in Canada.

Originally called Williamsford in the 1870s, began as a lumber town under the leadership of a Mr. Alfred Williams. The town began to thrive after the area got a railway station and soon Mr. Williams built a general store to serve the area.  Due to the close proximity of an already established Williamsford, the name was soon changed Holland Centre for its central location in Holland Township. Keady – The area was first settled in the 1850s, with the original general store being built in the late 1860s. Thee store operated for almost 100 years before it was converted into a residence.  Keady is most commonly known for it’s Farmer’s Market known as “Keady Market” every Tuesday.

Founded in 1852 when Mr. John Walter from Toronto took up 300 acres of land on the south branch of the Bighead River. This is where he set up a sawmill in 1853.  The village of Walter’s Falls built up around this mill and by 1865 the town had a grist mill, woollen mill, post office, tavern, blacksmith, wagon maker, 2 carpenters, millwright and a tinsmith.   Mr. Walter also set up a feed mill in the mid 1850s which is still in operation today as Walter’s Falls Milling Ltd, running on water driven machinery most of the year with a diesel engine.  The mill had a fire in 1923 and was re-built in the same location. The first general store was opened in the early 1880’s.

The original sawmill built by Mr. John Walter thrived for almost 100 years before being rebuilt in 1944. Tragically, it burned down a few years later in 1984 when an electrical accident occurred.  A new sawmill was built in 1986 on the outskirts of town.  The original building was used for storage until 2000 when it was demolished and the current Walter’s Falls Inn was built in its place.  Walter’s Falls also has a Community Centre Hall that was built between 1883-1889, and a baseball diamond.

Situated between Williamsford and Holland Centre and named after the Williams family that owned a large portion of the lake, Williams Lake is a 148 Acre clover-shaped body of water that is a popular spot for fishing and boating in Chatsworth.  In 1899 a railroad was built to Williams Lake and a large boarding house had been built to accommodate 20-30 labourers to excavate the marl (calcium carbonate or lime-rich mud or mudstone containing variable amounts of clays and silt) which was in abundance at the lake. Three different cement plants in Owen Sound used this grey muck as an ingredient for their product.  The excavation of the marl caused the water supply to dry up causing the excavation company to dig several wells on nearby farms. Amongst the predominantly privately-owned homes and cottages, sits a public boat launch and beach.

The first cottage on the lake was built on an island in 1948.  In 1978 a large portion of the south-east side of the lake was purchased by the North Grey Conservation Authority.  The Northside of the lake is home to the Glendale Yacht Club which moved to their current location in 1984 after renting a property for the 30 years before that.

In 1955 the idea of a yacht club was born when young people started to frequent the Lake and found a mutual interest in all things water sports. The first Regatta was held on June 23, 1956 with the proceeds going to the new Glendale Yacht Club. The funds raised were to help build a beach for swimming, boating, fishing, and water-skiing. Glendale Yacht Club features a well-equipped clubhouse, boat docks, and a beach as well as campsites. Today the lake is a recreational dream for retirees, and cottagers alike.

The village was first surveyed in 1858 comprising 400 acres in preparation for the railway that was to go between Toronto and Owen Sound.  Each township was obligated to contribute $40,000 to help with the railway’s construction.  In 1847 there was a post office built and soon after a general store as well.  The village is situated on the North Saugeen River, controlled by a small dam, and currently has a general store, post office and Great Books Cafe, a bookstore and cafe housed in a historic grain mill, as well as several churches, and a community cemetery.  In 1956 a hockey arena with attached curling rink was opened, and was used until it was torn down in 2008.  There is currently a playground, baseball diamond and a newly built curling rink which was built in 2010 consisting of 2 rinks and a lounge area.