Welcome to the Town of Meaford! Known as “The Other Big Apple”, the town prides itself in its rich agricultural history as well as in their exciting annual events and local theatre scene. Located on the shores of Georgian Bay, Meaford is a picturesque, small waterfront town. One thing that Meaford is known for is its exception theatre scene. The Meaford Hall, home to the famous Meaford International Film Festival (MIFF) and to some of the best concerts, plays and performances in the area.

During the summer months, Meaford’s Harbour is booming with activity, with boaters and anglers enjoying the warm weather. In the fall Scarecrows take over for the famous scarecrow invasion. During the winter, Meaford seems like it’s out of a storybook, as snow gently covers the streets. The Window Unveiling and Santa Claus Parade are two annual events in Meaford that perfectly set the mood for Christmas. 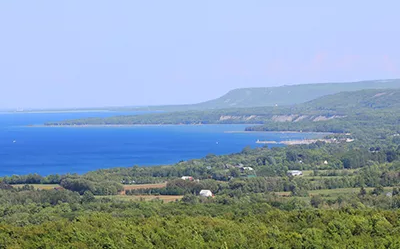 One thing that Meaford is known for is its exception theatre scene. The Meaford Hall is home to some of the best concerts, plays and performances in the area. The gallery in the hall also showcases local artists’ work and it’s interesting to see how the community and town influence their work. One event at the Meaford Hall is the Meaford International Film Festival (MIFF) which takes place annually over four days during the September Labour Day weekend.  Four Nights, Four Films, Four Parties, Four Meals, it’s definitely an event that you can’t miss!

During the summer months, Meaford’s Harbour is booming with activity, with boaters and anglers enjoying the warm weather. Meaford is also home to amazing playgrounds and campgrounds, with Memorial Park being a local favourite. The summer is also a great time to check out the Georgian Trail, a former railway line which has been converted into a walking and cycling trail. It starts in Meaford and heads all the way into Collingwood, following the shore of Georgian Bay with views of the water and local nature along the trail. 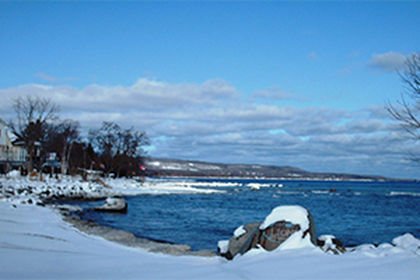 During the winter, Meaford seems like it’s out of a storybook, as snow gently covers the streets. The Window Unveiling and Santa Claus Parade are two annual events in Meaford that perfectly set the mood for Christmas. People, young and old, love tobogganing on the various hills in town and a warm cup of hot chocolate is a great way to end a snowy day in Meaford.

The town of Meaford has all the amenities you may need such as grocery stores, banks, post offices, and a hospital. There are plenty of small businesses such as restaurants, cafes and shops located on the main street of Meaford. With such a variety of locally grown foods, Meaford offers plenty of opportunities to enjoy local cuisine and even delve into cooking yourself! A couple of our favourites include Andrew’s Roots, The Leeky Canoe and The Kitchen. Also close to larger centres such as Collingwood and Owen Sound with more stores, boutiques, department stores, large supermarkets, cinemas, and fine dining. Meaford is the perfect option to enjoy small town living and the small town lifestyle without sacrificing any convenience.

Meaford’s dedication to its history while still creating new traditions is what makes it so special. Stopping by the Meaford Museum, Meaford Hall or any of the local historical plaques allows you to learn about what happened in Meaford many years ago. Meaford is also known for the annual events that they run. The Canada Day events, the 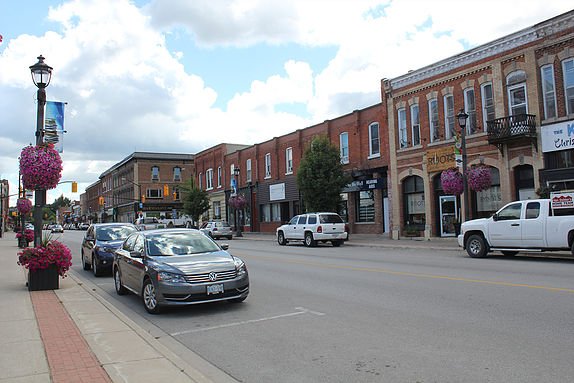 Meaford Harbour 5 km Run/Walk/Stroll, the Apple Harvest Craft Show and the Scarecrow Invasion, are just a few of the annual events that you and your family will enjoy discovering.

With such a variety of activities and points of interest, from boating on the harbour, to catching a show at the historic Meaford Hall, there is so much to do in the Meaford. Add in the amazing beauty that surrounds you in nature and it is clear to see why the Meaford draws people in from near and far to visit and live in!  And it’s only a 2.5 hour drive from the GTA and 2 hours from Kitchener/Waterloo. 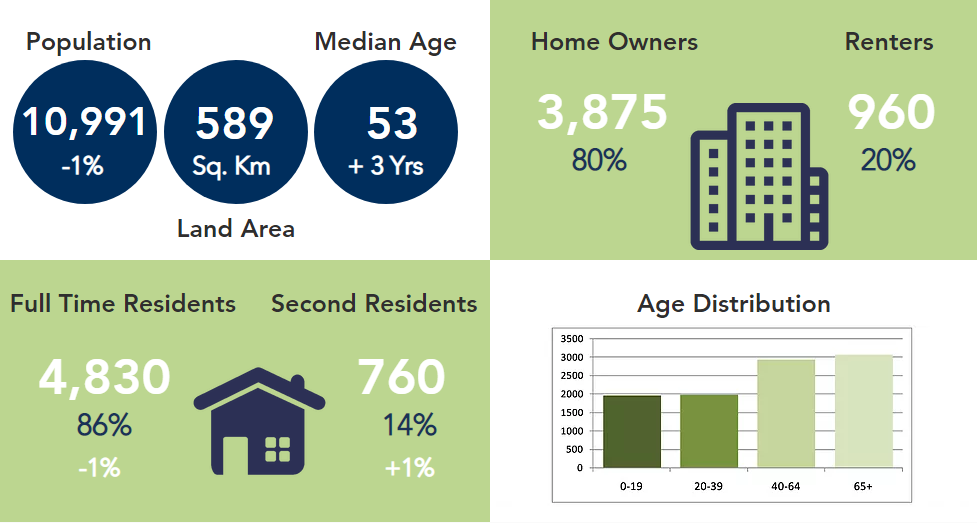