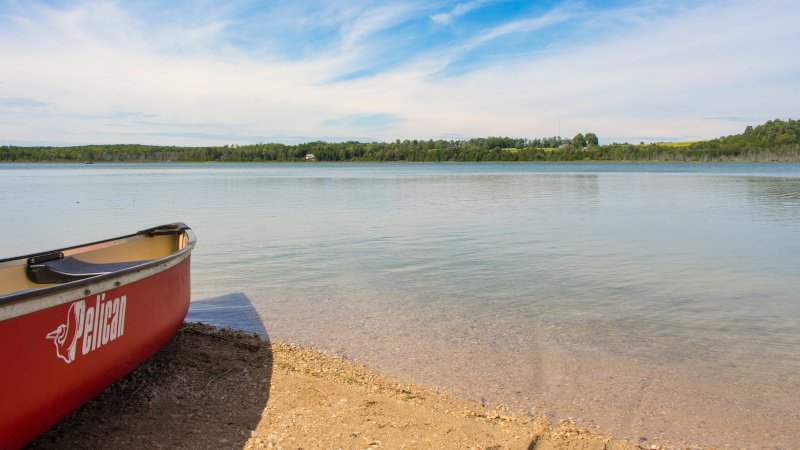 Townsend Lake is a small, quiet lake being only 97 acres and 8 feet deep. Many recreational activities can be done in and around the lake. Perch can be caught in the waters while boating on non-motorized vehicles. At the public boat launch on the south side of the lake people can be found swimming and soaking up the sun.

Townsend Lake is situated in the Municipality of West Grey, in the former township of Glenelg.   No matter where you go in West Grey, you’re just a step away from nature, thanks to the high hills and small lakes that are found throughout the township. In fact, the area has been compared to the Laurentian district of Canada.

At the same time, Townsend Lake is a short drive to Markdale, Durham and downtown Owen Sound.  Also nearby is the Saugeen Municipal Airport. It is a modern airport facility jointly owned by a number of municipalities including West Grey, and is the community’s key to the provincial airport network, offering quality service to both recreational and commercial traffic.

Just situated at the south end of Townsend Lake, on County Road 12, is Townsend Lake Golf Course and Country Range. It is a 9-hole golf course with a large fully licensed covered patio overlooking Townsend Lake.  To the west of the lake is Glen Rodin County Forest 18.  The forest here includes a conifer plantation and naturally mixed hardwoods. There is 1.6 km of groomed snowmobile trail maintained by a local snowmobile club.  Bikers and hikers will appreciate the trails too. 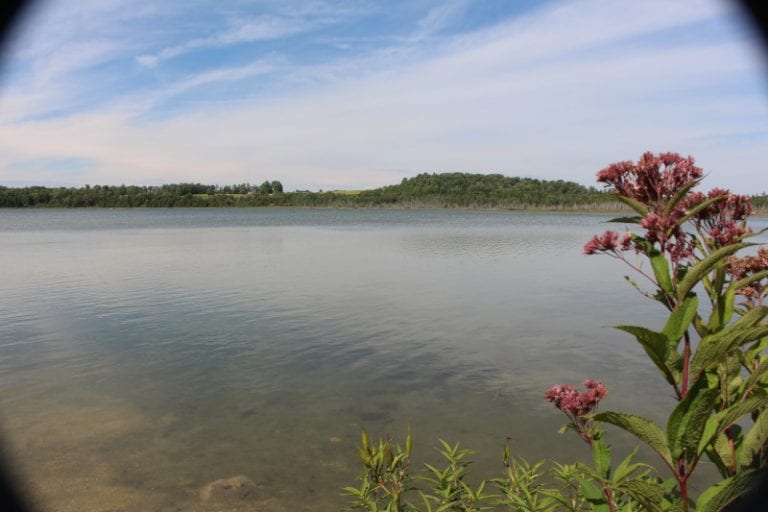 Glenelg was formed in 1840 and named in commemoration for the town Glenelg in Scotland or for Lord Glenelg,  who was the colonial secretary during Lord Grey’s administration. Townsend Lake was named after Thomas Townsend.

The first settlements were on several roads touching or running through the townships, on which “free grants” were made by the government.  The area received immigrants from Ireland and the Highlands of Scotland. It was the mills that gave rise to the first communities in Glenelg Township. At the end of the 19th Century, Glenelg was a world of family farms, villages, country stores, post offices and muddy, often impassable roads.  Today, one can still imagine a simpler time – a place where you can relax, and recharge.

Townsend Lake School
The original log school building for Townsend Lake School was built on the southeast corner of Lot 3 Concession 13, North Durham Road. Unfortunately, the school was destroyed by fire and the site was re-located.  In 1880, a large stone school was erected on Lot 6, Concession 12 North Durham Road. This was a very pretty location, as it was situated on the south side of the lake. School during this time was frequently cancelled because of bad weather and blocked roads. Despite this, good memories were created by students who attended. One morning on the way to school, a boy found a large turtle and the children enjoyed riding on its back until school was called.

Each year we compile a variety of real estate statistics for our surrounding lakes. Since Grey County is such a recreational area, sought after for the beauty of our lakes and outdoor recreational activities, we like to keep track of the growth in our area. You can view the Market Reports below that break down the numbers we have collected.