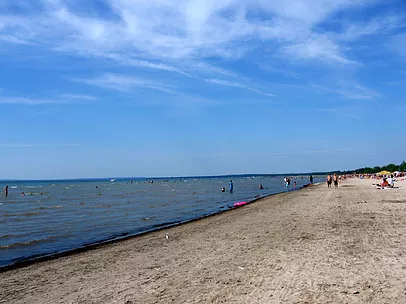 When most people think about Wasaga Beach they picture a long sandy beach, a day of swimming, and a picnic supper with the family. Picture acres of sandy beach, warm clean water shallow enough for the children to play in, and plenty of space to relax, and prepare a picnic. There are even stores, restaurants, and take-out food and drinks available in one part of the beach. But this is not all Wasaga Beach has to offer; It is a town and has all the features, and more activities and entertainment than most. If you are spending several days there you could easily do something different every day and still not see everything.

A day on the beach could mean more than swimming. There are many wind and water sports. For a taste of adventure you could rent a ski-doo or take wakeboard lessons. You could also try game fishing or rent a canoe and explore some of the routes available.

If you looking for fun in the water that the children will really enjoy, try one of the two waterparks. Waterworld Main Park is located on River Road West beside the Chamber of Commerce and offers a kiddie playland, speed slides, water slides, and paddle boats among other things. The other waterpark is on the waterfront between Beach areas one and two and features four high speed slides, and an 18-hole mini-putt between the water flumes.

Another different afternoon the whole family could enjoy is a visit to Rounds Ranch Farm, 4 km east of Wasaga Beach on County Road 92. Here you can make your way through the 435,000 square feet of trails through a cornfield maze. Other attractions include: horse or tractor drawn wagon rides, pedal carts, a giant straw maze, a roped tree maze and many more. There is also a farmers’ market offering fresh eggs, meats, home baking, produce and preserves.

Your family may also try having a paintball adventure. This is a newer, exciting game played with gas operated markers shooting biodegradable gelatin capsules filled with water-soluable, non toxic paint. You attempt to eliminate your opposition by hitting them with a paint ball. Wasaga Beach has a 60 acre wooded playing field.

For those who like hiking or cycling, there are several trails you can follow. All have easy access to commercial centers and beaches. You may want to try the Nordic trails located in a 500 hectare dune area. It is a combination of ridges, swales, various dune features and rare plant life. Because it is sensitive to human disturbances it has been set aside as a nature reserve zone. Also, for the nature lover, there is a 17 kilometer portion of the Ganaraska Trail that runs through town. It offers an opportunity to see wildlife including the endangered Eastern Hognose snake.

Go-Karts, fishing, canoeing, a golf course and several other more common attractions are also there. Or if you would like to spend a day someplace else for change Barrie, Collingwood, Elmvale Zoo, and Midland, are all less than a half hour away.

But by far the biggest attraction, whether you are at the beach or just taking a day trip to the area, the one thing you don’t want to miss is Nancy Island. 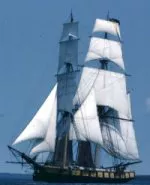 This historic site was named after the HMS Nancy that was destroyed there in 1814 by the Americans during the war of 1812. During this time the Nottawasaga River was used as a supply route for the Royal British Navy. The Nancy was a British schooner that was pursued by 3 larger American vessels that attacked her until she caught fire and sank. As time passed her hull became covered with silt which created a small island. In 1925 the hull was discovered and when the Provincial and Dominion Governments became interested in the site it was raised and placed on the island. On August 14, 1928 the Nancy Museum was opened to commemorate the battle.

The hull can still be seen in front of the museum, which is designed to resemble the sails of the schooner. Some of the items in the museum include: artifacts of the battle, a reconstruction of the engine room of the Great Lakes steamer, and information and video re-enactments of encounters between the Canadians and Americans. The museum offers regular guided and self guided tours, weekly children’s programs, special events and evening programs around a campfire.

Also on the island is a replica of an Upper lakes lighthouse which allows visitors an interesting view of both the historic site and Wasaga Beach. The Friends of Nancy Island operates and small gift store called the “Treasure Chest” where you can pick up marine and nature souvenirs snacks, toys, clothing, or an interpretive booklet or video of the HMS Nancy.

Various programs are offered at the site for visitors to learn about the natural and cultural history of the area. There are also weekly jazz concerts. If you come during July 27 to July 29 you can also see live performances in period costumes which depict re-enactments of the crucial battles of the era. They are held in the Grand Encampment, which also features 19th century merchants, artisans, period cooking a surgeons tent and musket and cannon demonstrations. You can also enjoy lantern tours and period musical entertainment 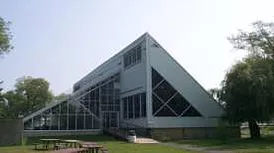 Nancy Island is located on the Nottawasaga River in Wasaga Beach off Mosely St across from 3rd St. It can also be reached by a foot-bridge if you prefer to leave your car at the beach.