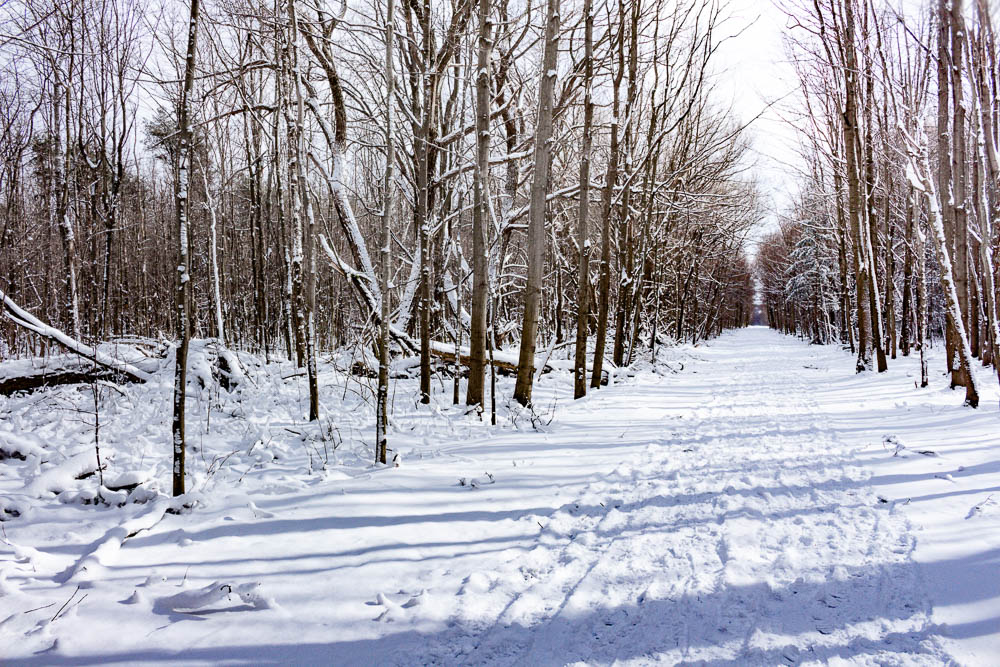 Loree Forest Loop is an easy-to-moderate 7.1 km trail located near the Blue Mountains. The trail is primarily used for hiking, walking and snowshoeing as it is accessible all-year-round! Many also utilize this free trail for cross country ski. While un-maintained, the terrain is relatively flat and excellent for beginners and moderate skiers.

This trail exposes the beauty of Georgian Bay and the beautiful Beaver Valley. It is especially stunning in the fall with the array of colours.

When you walk into the trail, it branches off into 3 separate trails that eventually all loop back together. Each trail concludes with a great view by the chairlift and deck which overlooks the Georgian Peaks Ski Club.

On this particular day, we chose the trail most travelled; the Loree Access Trail. With the most footprints in the snow, we literally following in our fellow hiker’s footsteps and enjoyed the quiet, shared experience of the people before us. The other 2 trails are called the Loree West Loop, and the Loree East Loop. If you take the Loree East Loop it eventually branches off into another looped trail called the Loree Forest Len Gertler Loop which is 2.1 km.

The Ontario Government announced the renaming of the area as the Len Gertler Memorial Loree Forest, a tribute to the man whose 1968 study first pulled the public’s attention to the importance of protecting the Niagara Escarpment. Len received the Ontario Nature’s escarpment protection award in 2003.

Len Gertler was the founding director of the University of Waterloo’s School of Urban and Regional Planning. He was Canada’s guru of environmental studies, specifically fighting for the preservation of the countryside by protecting farmlands, woodlands and wetlands from impending commercialization.

Len’s legendary 1968 Niagara Escarpment Study, commissioned by then-premier of Ontario John Robarts, is now rightfully referred to as the “Gertler Report”. In laying out a plan for a continuous undeveloped corridor along the escarpment, the report spawned many provincial initiatives that culminated in the 1985 passage of the Niagra Escarpment Plan.

Len, unfortunately, passed away in 2005 at the age of 81 but will be remembered forever for his incredible contribution in preserving this amazing and historic strip of incredible land that flows through our great county.

Consider honouring the great land we are lucky to have this winter by paying a visit to this beautiful forest. 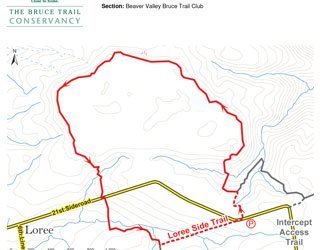