Wow, we can’t believe we are already half way through February! Where has the time gone? We saw activity in January pick up from last month with increases across the region and are very excited to see where the rest of February will take us.

Looking back, home sales in Grey and Bruce for the month of January were up 22.4% from January of 2019 with 141 units sold and stood just one sale below the record for the month set back in 2007.

There were 202 new listings in Grey Bruce this past month, which is an increase of 14.8% on a year-over-year basis. That said it was still on the low side for this time of the year. 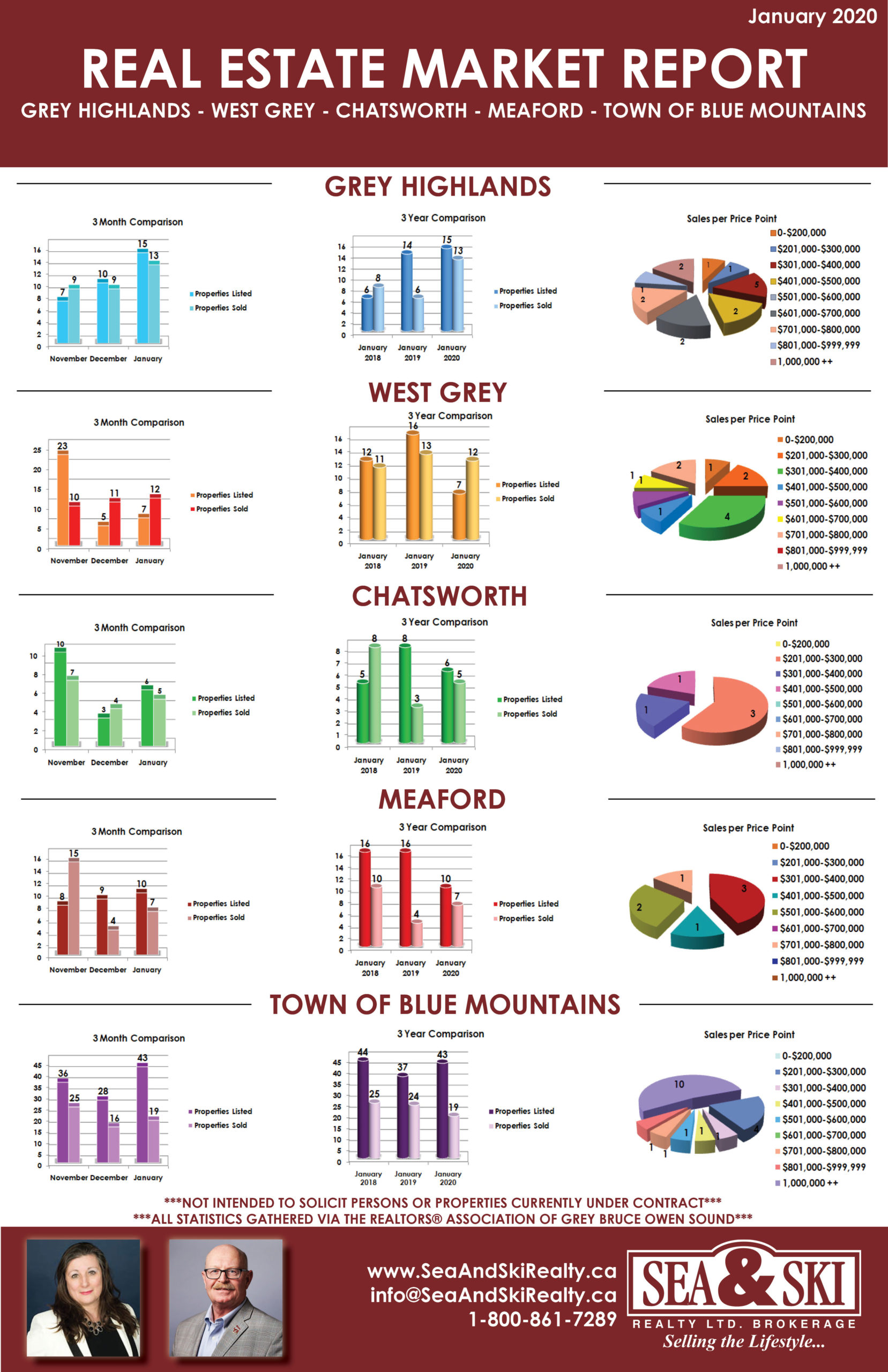 SIGN UP AND RECEIVE THE MARKET REPORT EVERY MONTH – SENT STRAIGHT TO YOU!